What RODAR II users say about…

“We already bought one for our home in NH.  We were so impressed with the fast results.  The house was full of mice.  We installed the RODAR and when we went up three weeks later there isn’t a trace of mice.”

“We (and many other apartments) complained of mice for over a year.  We tried the poison, but they died in the apartment and more appeared a few weeks later.  We tried traps which also worked for a while – but more mice returned.  We purchased your unit which we thought would keep the mice out of our apartment (which it has).  Other tenants are still complaining.”

“Other years we had mice in garage and they would follow pipes to basement.  This year no sign of mice.”

“We had squirrels up in the attic.  They were making a mess.  Two days after installing the RODAR they are gone.  Thank you.” 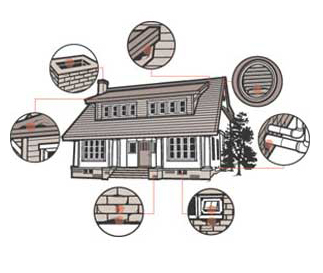 Our FREE Report lists 10 easy and practical ways to get pests out and keep them out.

Get our FREE Report:
“10 Easy Ways to Get Rid of Pests”